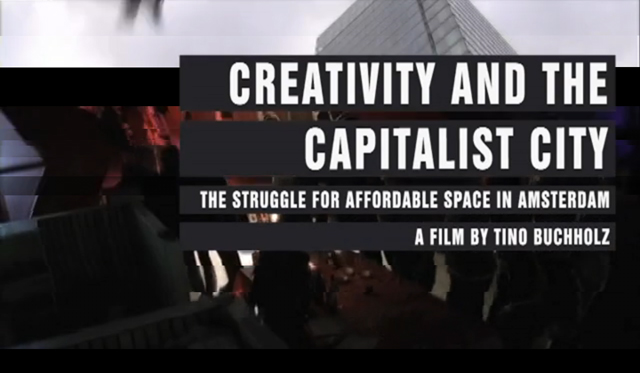 Creativity is fancy, glamorous and desirable. Who can be against creativity? At the same time it is used selectively for economic purposes and consists of precarious and hard work.

In this film, the search for creativity is linked to existential struggles for affordable housing and working space in Amsterdam, such as temporary accommodation, squatting, anti-squatting and some institutional synthesis: “breeding places” Amsterdam.

This film is more than a local documentary on Amsterdam. It explores the latest urban re-/development pattern in advanced Western capitalist cities. The hype around the creative city began already a decade ago, it is global in scope and about to reach its peak. After Richard Florida’s influential book “The Rise of the Creative Class” (2002) creativity has advanced to be the role model of urban regeneration: The New American Dream.

What is new about this dream? What happens when the hype is over? Housing as a job or the Right to the City?